WWE Hall of Famer Steve Austin has been challenged to appear at WrestleMania 38.

We’ve noted how Austin has been rumored to come out of retirement for a match against Kevin Owens at WrestleMania 38. Tonight’s RAW closed with Owens in the ring, continuing his recent promos against the great state of Texas and the people who live there. Owens said he wants to have the biggest, most stupendous edition of The KO Show in history at WrestleMania, but because of where WrestleMania is being held this year, he knows his guest has to be “some lowlife from Texas.”

Owens then took shots at WWE Hall of Famers JBL, Booker T, and Shawn Michaels, noting that Michaels can’t be proud of his guest because as a Canadian, it would be sacrilegious and disrespectful to WWE Hall of Famer Bret Hart. Owens then began taking shots at another WWE Legend, pointing to his bad knees and how he’s probably somewhere “drinking beer like the redneck he is.” Owens then said nothing would make him happier than to beat the hell out of this person in their home state, give him a Stunner the world would talk about for years, and then pour a glass of milk over his lifeless body. Owens said he knows this person is watching, but he thinks the person doesn’t have the guts to show up. Owens finally named the man – Stone Cold. The Cleveland popped as Owens dropped the mic.

Austin has not wrestled an actual match since his loss to The Rock at WrestleMania 19 in 2003, but he has made several appearances since then, including some where he delivered the Stunner to a lucky Superstar. He delivered Stunners to Xavier Woods and League of Nations members at WrestleMania 32, to WWE Chairman & CEO Vince McMahon and Shane McMahon at the RAW 25th Anniversary show on January 22, 2018, to AJ Styles during the September 9, 2019 Madison Square Garden RAW , and to Byron Saxton and The Street Profits during the 3:16 Day RAW on March 16, 2020. The Texas Rattlesnake was forced to retire from in-ring competition due to a serious neck injury and multiple knee injuries.

WrestleMania 38 will take place on Saturday, April 2 and Sunday, April 3 from AT&T Stadium in Arlington, Texas. Below is the current announced card, along with shots from the Owens segment on RAW:

Night One Match
Logan Paul and The Miz vs. Rey Mysterio and Dominik Mysterio 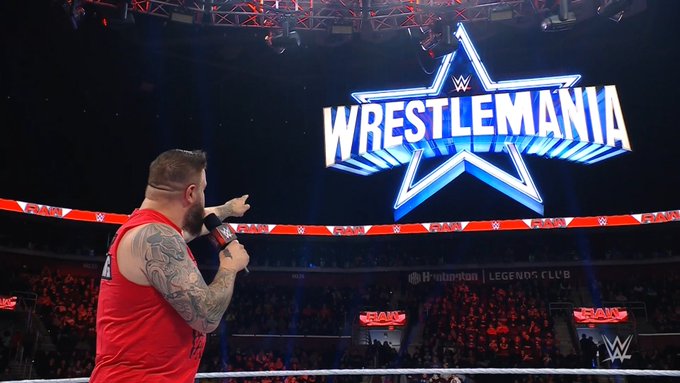 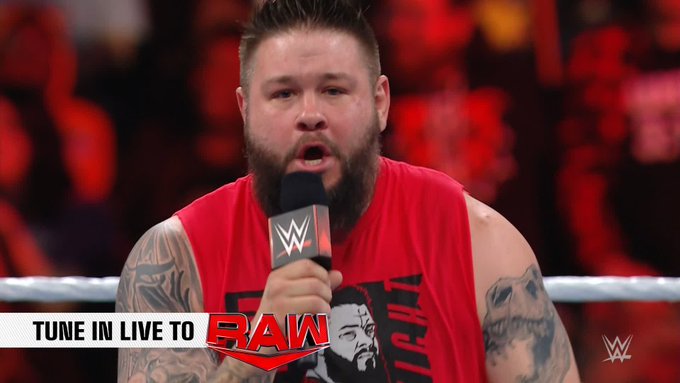 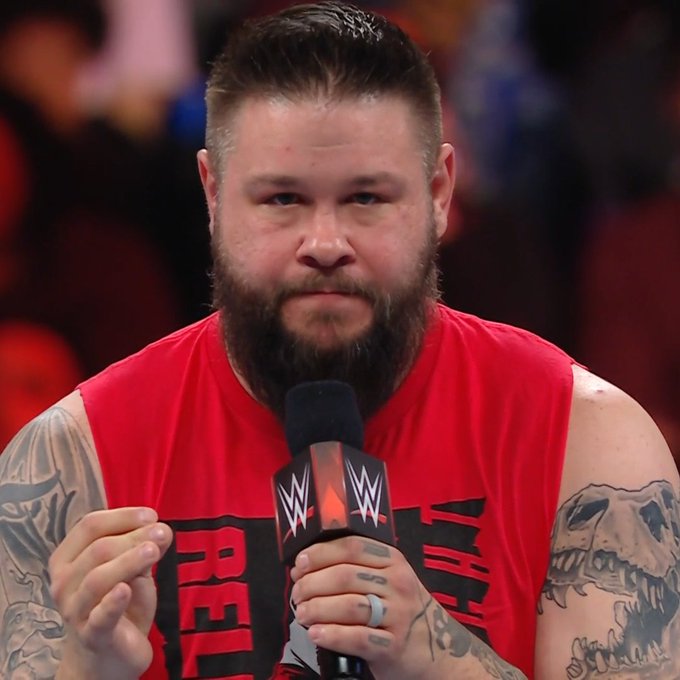 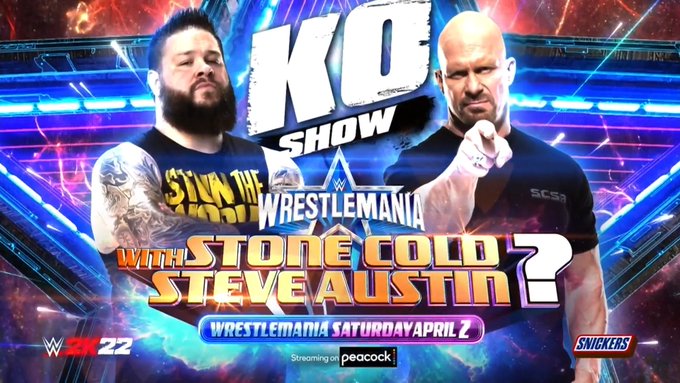