A few weeks after filing to trademark monikers such as “Sports Entertainer” and “The Influencer,” Chris Jericho debuted his new gimmick on this week’s st. Patrick’s Day Slam edition of AEW Dynamite.

Accompanied to the ring by Jake Hager, Daniel Garcia and 2point0 of The Jericho Appreciation Society stable, Jericho explained why he’s always been a sports entertainer, and not merely a pro wrestler.

“Think about this: the Earth has been around for 4 billion years, and yet you’ve been lucky enough to be alive during the Chris Jericho era,” Jericho began. “How fortunate are you, right? You’re welcome for that. For 30 years, you’ve been living vicariously through me, as I take you through classic five star matches, riveting promos and storylines you’ll never forget. Heck, I even built companies including this one!

“If there was no Chris Jericho, there’d be no AEW. But of praising me, you instead of me? You take me for granted, you insult me ​​on social media. I read what you write, it’s very hurtful.”

Jericho continued, “You’ve got the most total package performer in the history of this business right here, and you don’t appreciate me. The AEW roster doesn’t appreciate me, the Inner Circle never appreciated me. They don’t, but these men do. That’s why we’re the The Jericho Appreciation Society.

Jericho referring to himself as “a sports entertainer” led to loud boos from fans at Freeman Coliseum in San Antonio, TX.

Chris Jericho then recounted the story of Daniel Garcia and a group of independent wrestlers suffering a car crash in 2019.

“The epitome of a sports entertainer right here,” Jericho said of Garcia. “A man more horrifying than anything Edger Allen Poe can ever think of. But why does he appreciate me? January 6, 2019. A group of indie wrestlers were in a horrible car crash. One of them shattered their tibia, the doctors aid he’d never walk again. When I heard about this, even though I had never met any of them, I donated 1000s of dollars to their recovery. And not only did that man heal his tibia, learned to walk and return to this business, that man was this guy right here, Daniel Garcia. He appreciates me.”

Jericho then referenced a phone call he received from his “former best friend” Kevin Owens after 2point0, FKA EverRise in WWE, were released by WWE last year.

“Then you got Jeff Parker and Matt Lee of 2point0,” Jericho said. “And by the way, that’s a stupid name from bad creative, and you’ll never hear it again. We don’t use made up names in The Jericho Appreciation Society, we use our real names. From now, [Matt Lee is] Daddy Magic Matt Minard, and [Jeff Parker] is Cool Hand Angelo Parker.”

“Why do they appreciate me? A year ago, I got a call from my former best friend Kevin, who said: ‘hey, I need some help for some buddies of me who just got fired [by WWE]. Can you please put them on Talk is Jericho so they can get a job? So I brought these two men into my house, I’d never met them before. At the end of that podcast, I realized these guys have passion and desire. AEW hired them. That’s why they appreciate me.”

Jericho would finally turn his attention to Jake Hager.

Hager responded, “We are the JAS, and we beat up pro wrestlers.”

In conclusion, Jericho declared that the “era of the sports entertainer” was upon AEW.

“There you have it. The latest creation from the master manipulator, and last real genius in this business,” Jericho stressed. “And remember this date, because this is the day when the new era begins in AEW. The era of the sports entertainer. This is The Jericho Appreciation Society. And that, that’s entertainment!”

You can see a few clips of Chris Jericho’s promo below. 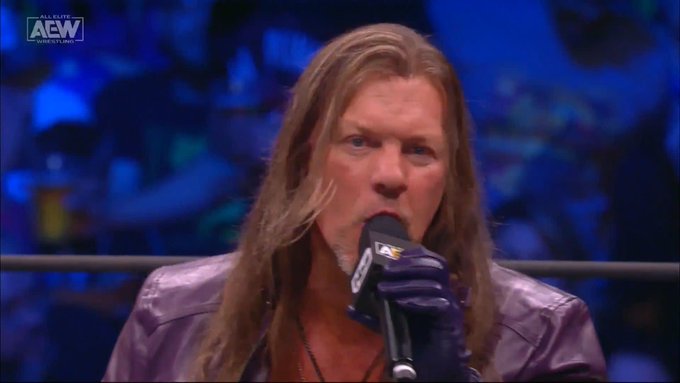 New names for a new force to be reckoned with! | #JerichoAppreciationSociety | Watch #AEWDynamite: #StPatricksDaySlam LIVE on TBS right now! https://t.co/SmEKPqaJlx 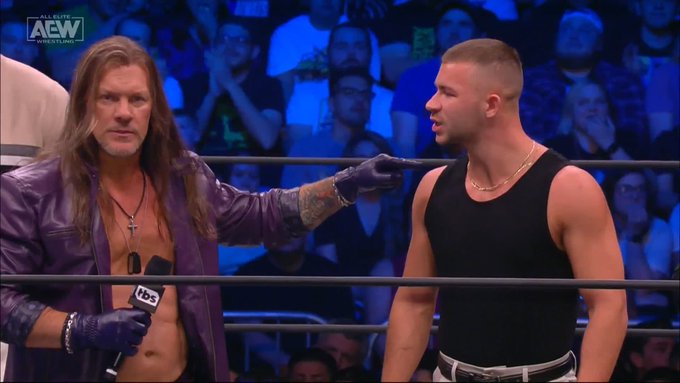 The opening statement of the Commencement of the #JerichoAppreciationSociety by @IamJericho! Watch #AEWDynamite: #StPatricksDaySlam LIVE on TBS right now! https://t.co/9FklhClbnP 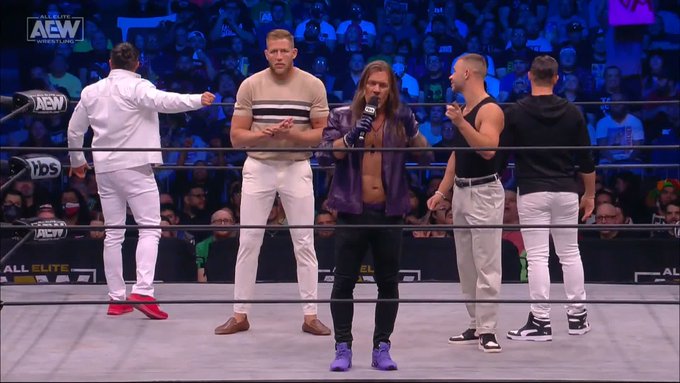 Chris Jericho: “I am not a pro wrestler. I am a sports entertainer!” #AEWDynamite #AEW #StPatricksDaySlam

“ 2PointO by the way that’s a stupid name from bad creative and you’ll never hear it again, we don’t use fake names in the Jericho Appreciation Society” — Chris Jericho on #AEWDynamite https://t.co/Rj8WIl2eGs 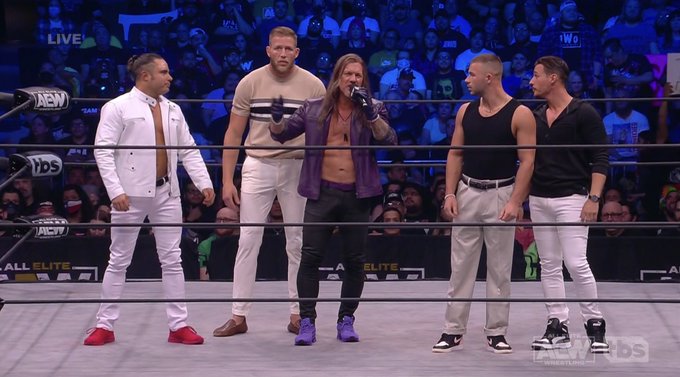