This is a fight where IBF middleweight champion Golovkin will have massive pressure on his shoulders. If the 2004 Olympian Golovkin, 39, loses, he’ll miss out on a trilogy fight with Canelo Alvarez.

Showing no signs of bad blood despite being replaced by Gennadiy, the legendary trainer Sanchez believed GGG (41-1-1, 36 KOs) would have too much in his game for the 2012 Olympic gold medalist Murata (16-2, 13 KOs) when the two middleweight champions meet next month in Japan.

Sanchez revealed that Murata used to train at his gym earlier in his career, and he starred with Gennady during those occasions.

Based on what Sanchez saw, he feels sure that Golovkin will defeat the 36-year-old Murata. It won’t be easy, but Gennadiy will get the job done.

Murata hasn’t fought since 2019, and there will undoubtedly be a lot of rust on his game. Although Murata’s punching power will be as good as ever, his hand speed, which was never good, will likely be slower, and he’ll be there to be hit by Gennadiy.

“It’s a difficult fight, but Gennady should take it,” said Abel Sanchez to Fighthype on Golovkin’s fight against Murata on April 9th.

“Murata was in our gym at the beginning of his career, and they sparred together. Gennady knows him well. I think it’ll be a tough fight, but Gennady should prevail.

“He’s Gennady Golovkin”. Even though they’re eroding, he has the tools to beat the Murata’s,” said Sanchez.

Golovkin looked rusty and not as quick as he once was in his last fight against Kamil Szeremeta in December 2020.

Golovkin’s best option of taking care of Murata quickly on April 9th ​​is to go straight at him, push him back and employ his power game to end the contest.

With GGG’s next contest being potentially against Canelo Alvarez on September 17th, it’s critical that he knockout Murata in a highlight reel manner.

Golovkin should look at the Murata fight as a dry run rehearsal for his trilogy match with Canelo. The way for Golovkin to beat Canelo is to be the killer he was earlier in his career, walk him down, unloads, and not give the Mexican star a chance to rest.

In both of Golovkin’s fights with Canelo, we saw a fighter that seemed to be following the Floyd Mayweather Jr. blueprint to try and defeat the Mexican star.

That was the wrong approach for Golovkin because he didn’t possess the skills of Mayweather and didn’t dominate with that style as Floyd had.

In hindsight, Golovkin should have used his seek & destroy style against Canelo and not worried about being hit by occasional counter shots. 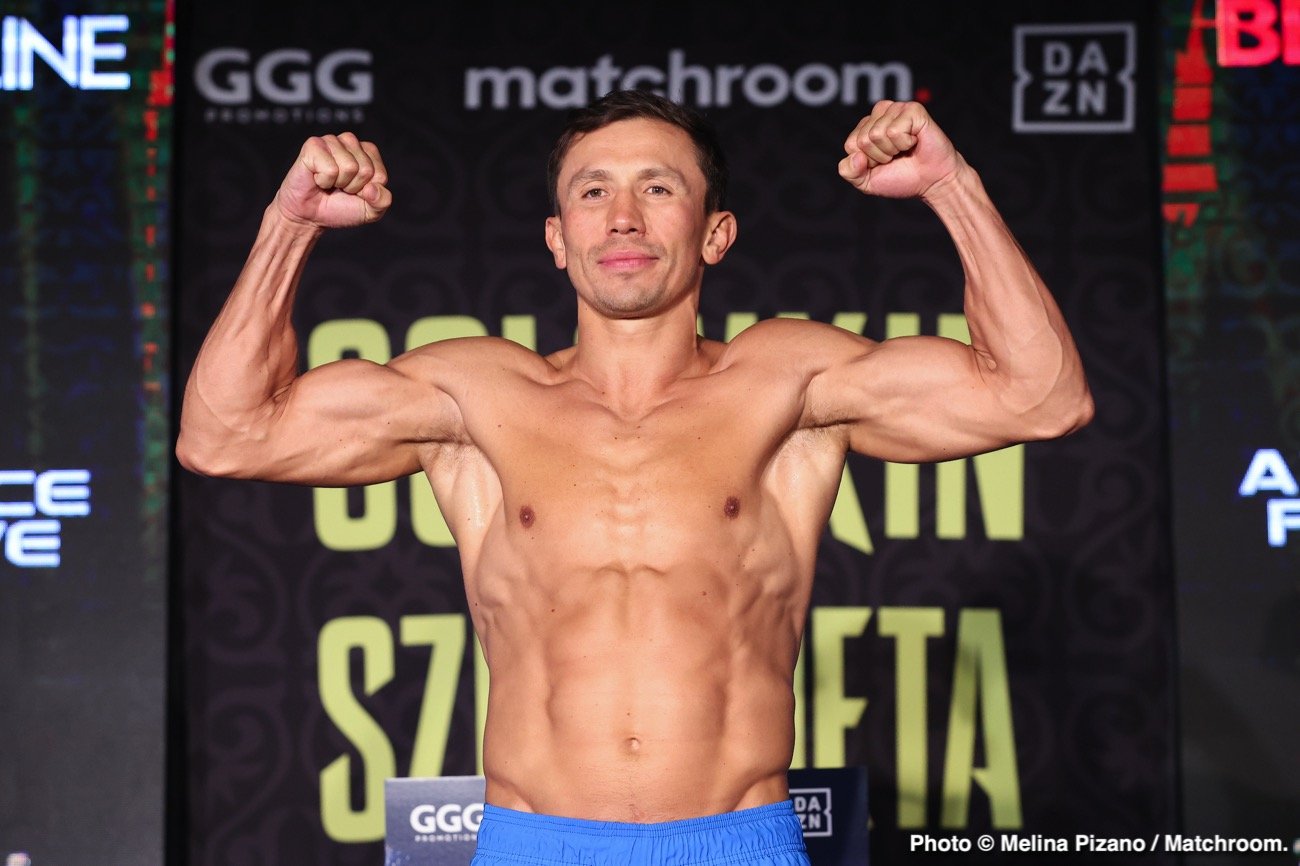 Many boxing fans believe that Golovkin was a better fighter during his time with Sanchez, who had him fighting aggressively and dominant. Unfortunately, Golovkin chose to break with Sanchez, as his fights had more energy about them back then.

Sanchez did a lot of the talking for Golovkin, speaking to the media to help promote his fights. That, in turn, freed Golovkin from the burden of building interest for his matches, and he could focus more on his training.

Since Sanchez was replaced, it hasn’t been the same with Golovkin’s coach Johnathon Banks. Golovkin needs to remember how he used to fight under Sanchez’s watch and return to that form for the Murata and Canelo fights.