A defeat for Golovkin against Murata will wreck his hopes of fighting Canelo Alvarez on September 17th. For Golovkin to get the trilogy match against Canelo, he must beat Murata.

That’s tricky because the 2012 Olympic gold medalist Murata is arguably a more talented fighter than Sergiy Derevyanchehko, and that guy gave Golovkin pure hell in October 2019. Really, that was the last time Golovkin fought a halfway decent fighter, and he arguably lost.

Glaser believes a combination of Golovkin’s age, ring-wear, inactivity, and not living the life of a hungry boxer due to his huge wealth could lead to him losing to Murata.

Golovkin has made millions from his fights with Canelo Alvarez and his contract with DAZN.

He hasn’t fought a high-caliber opponent since his rematch with Canelo in 2018, and that’s a long time to be away from elite-level fighting opposition.

“He was a gold medalist in the Olympics in London in 2012, and won his rematches of his two losses as a professional. He’s an excellent puncher, and he’s going to be in great shape. He’s got a home-court advantage.

“I think all the intangibles, not only the age but the wear & tear, but all the other intangibles favor Murata. If Murata gets his hand raised at the end of a very grueling fight, I wouldn’t be surprised.

“I don’t mean because of a robbery, I mean legitimately. It’s a unification bout, and they’re both champions for a reason.

“But also another factor I’m considering is that even though they’ve both been inactive the last few years because of Covid because we haven’t been able to put on the biggest fights to pay these guys what they command.

“The other issue is that GGG hasn’t been living that Kazakhstan lifestyle. He’s been living that LA lifestyle. Those kinds of things make you soft. As Marvelous Marvin Hagler said, laying on silk bedsheets and wearing silk robes doesn’t help your state of mind when it comes to boxing.

“Boxing is the smell of the gym, getting out there at four o’clock in the morning and running your five miles. A guy like GGG, 40-years-old with maybe $30-40 million dollars in the bank, maybe $50 million, maybe $60 [million]who knows?

“He’s going to say, ‘I don’t have to run today, I’m going to miss camp today’ or whatever. ‘I’m going to eat these three burritos.’

“Everything I’m saying adds up, and these things add up to is a possible upset because these are the things that cause upsets,” Glaser said.

Murata has a great chance of winning

“A tall guy [Murata] with a good jab that comes back with a good straight right hand, a guy with good footwork,” Glaser said. “Murata has good footwork, he was a great amateur. All these little intangibles add up, and I think this is a fight that Murata is being overlooked. 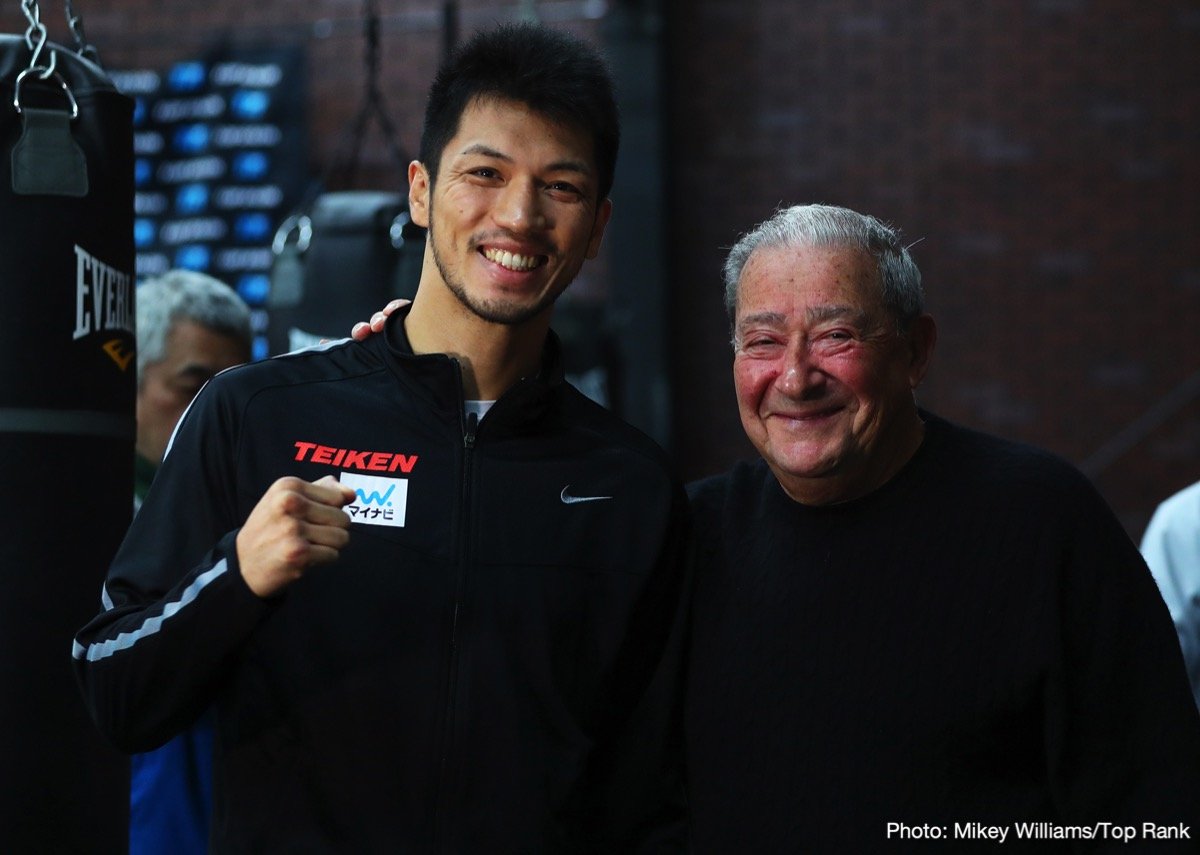 “Everybody is already scheduling GGG vs. Canelo in September. Here’s my thought of that. My thought is Canelo has a much greater shot of beating [Dmitry] Bivol than GGG does of beating Murata.

“It could have gone either way,” said Glaser on Golovkin’s close win over Sergiy Derevyanchenko. “That was the first fight where the wear & tear showed up [for Gennadiy]. Also, [Kamil] Szeremeta is a C+ fighter, he’s not a world-class fighter. Anybody could look good against him.

“He’s been put in a world title fight to make GGG look good and set him up for another fight, and that fight didn’t come until now because of Covid and all kinds of legal delays and lawsuits and potential lawsuits.

Ryota with less miles on him

“Murata supposedly looks good in the gym, sparring with fighters,” said Glaser. “He’ll be in tremendous shape, eating the right foods and will be doing all the strength & conditioning, and be in great shape.

“I think there’s a big age spread there. One just turned 36 in January and GGG is turning 40. That is a big spread, especially when one guy has only had 18 fights [Murata] and the other guy has 42. GGG has had way more amateur fights, hundreds.

“The other guy didn’t have that many, even though he ended up winning the gold medal in the Olympics. I think the wear & tear difference, Murata is being greatly underestimated because quote, he’s Japanese, and most times the bigger Japanese fighters aren’t that good.

“The two times Golovkin fought Canelo, Canelo was 160 pounds and was basically a young man and not mature enough physically and not as good as he is now. Now he’s a complete fighter, he’s at his peak now and between the next two years,” Glaser said.

“GGG is on the back nine, there’s nobody that can convince me he’s not on the back nine heading towards the clubhouse. I just think he [Canelo] wipes the floor with him this time.

“I think Golovkin will give 1000% percent of himself if he gets there and beats Murata. I think it’s two ships crossing in the night going in opposite directions.

“One going up and the other is going down,” Glaser said of Canelo seemingly ascending still and Golovkin is on his way out the door. It wouldn’t surprise me to see Murata fighting Canelo in September,” Glaser said.

“Canelo-Bivol, the only thing in that fight does it go the full 12 rounds or does Canelo stop him. There’s no question who’s going to win. Canelo is a much better thinker in there, number one. He’s much faster.

“The other guy has a good jab. Canelo sees all that stuff coming. The other guys isn’t a puncher anymore. Who was the last guy he knocked out? Maybe Sullivan Barrera?

“So, Canelo isn’t going to be afraid of his punching power. He’s just going to walk in on the guy and unload with those wicked body shots and freeze the guy.

“The only saving grace of Bivol is supposedly he has a good chin and he’s got good footwork. He’s going to need it because Canelo comes in with a full head of steam like he’s done against all these super middleweights and all these guys, it’s going to be real torture.

“The other thing is Bivol has been very, very inactive and Canelo has been fighting a lot. I don’t see any way Bivol wins that fight in no way, no shape, zero chance.

“To me, nobody beats Canelo. The guy that gives him the best fight is David Benavidez, but he doesn’t beat him. I just don’t see. He’ll run [Jermall] Charlo right out of the ring. I mean, really.

“Charlo will be screaming for his momma if he gets hit with two of those body shots. He’s a unique fighter,” said Glaser about Canelo.