WWE 2K22 is set for a March 2022 release, and fans are finally getting their first glimpse of the game’s colorful cover.

As shown in the pictures below, technology It was revealed that former WWE World Champion Rey Mysterio will appear on the cover of the game. There will be two different versions – the Standard Edition and the Deluxe Edition, with different images for each. There is also said to be one version above the Deluxe Edition called the “nWo 4-life Edition,” but it hasn’t been determined if Rey Mysterio will also be featured on this game’s cover.

The report also adds that WWE is offering 3-day early access to individuals who pre-order the game starting March 8th. If you purchase the Deluxe Edition of the game, you will also receive the Undertaker Immortal DLC (downloadable content) bundle, and the season pass into the game. Seasonal passes usually give you the majority of DLC as it is released over time.

We previously noted how General Manager Mode (now called MyGM Mode) will make a comeback in the game after more than a decade of neglect. WWE also released a trailer for the game last February along with a press release that gave insight into the different modes and features on offer. You can see this trailer at this link.

“* Redesigned gameplay engine: The most significant change in WWE 2K22 is in the engine itself. Visual Concepts has re-engineered the gameplay and animation engine from the ground up to make every dive, shot, and finish feel as real as if players were sitting in the ring at WrestleMania. Once players pick up the console, they will feel the difference;

* New controls: The updated and incredibly intuitive control scheme is different this year. Configured to ensure players have more control over their every move, in every situation, WWE 2K22 is easy to pick up and play, while allowing for high skill expression;

* Stunning graphics: Simply put, WWE 2K22 features the best graphics ever for a WWE 2K scan and the animations are performed using the same industry-leading process as the Visual Concepts NBA 2K franchise and the team overhauled the lighting and game connection from the ground up;

* Immersive Presentation: The series’ most dynamic player to date will take players from the crowd to the ring, creating an authentic WWE feel throughout the game;

* New WWE 2K Show: Players can walk down memory lane and relive the most iconic and legendary moments and matches of the WWE Superstar;

* MyGM: Players will draft superstars, book matches, manage contracts and prove they have what it takes to run the most successful sports entertainment brand;

* MyFactions: In the first franchise, an all-new MyFACTION gives players the control of building a legendary faction that rivals the iconic nWo. Players will collect, manage and upgrade Superstars with weekly events and regular updates;

* MyRISE: A chance for players to experience the journey of a WWE Superstar from humble beginnings as a novice, followed by hype as a Superstar, and then immortalized as a legend. New stories will be available for both male and female MyPLAYERs;

* Creativity Suite: Creation Suite is back better than ever. Players can be themselves or someone/something completely different, with all kinds of wild options and fantasy elements, and then step into the ring anytime, anywhere in the world.”

You can see the full cover exposed below:

Well, that’s all I have for now. If anyone has more information they’d like to share anonymously, call me a DM. 📮 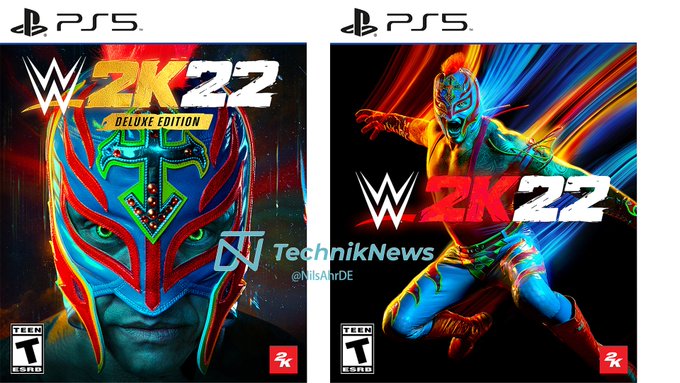